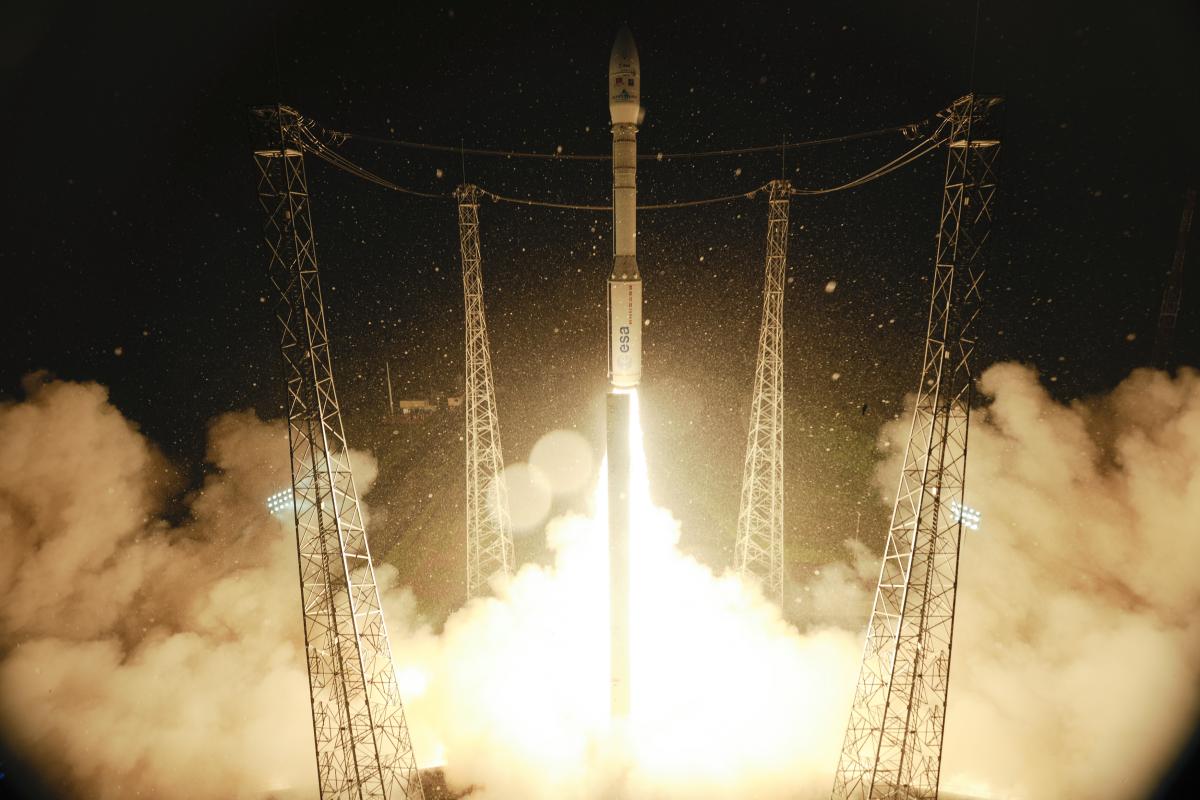 A VEGA rocket which LPF will be lounched with.

The launch of LISA Pathfinder is planned for 2015. The spacecraft will be launched by a VEGA rocket from Kourou, French Guiana. The second flight of ESA’s newest launch vehicle has been completed. Two Earth observation satellites, ESA’s Proba-V and Vietnam’s VNREDSat‑1A, were released into different orbits, demonstrating the rocket’s versatility. Estonia’s first satellite, the ESTCube‑1 technology demonstrator, was also released into orbit.