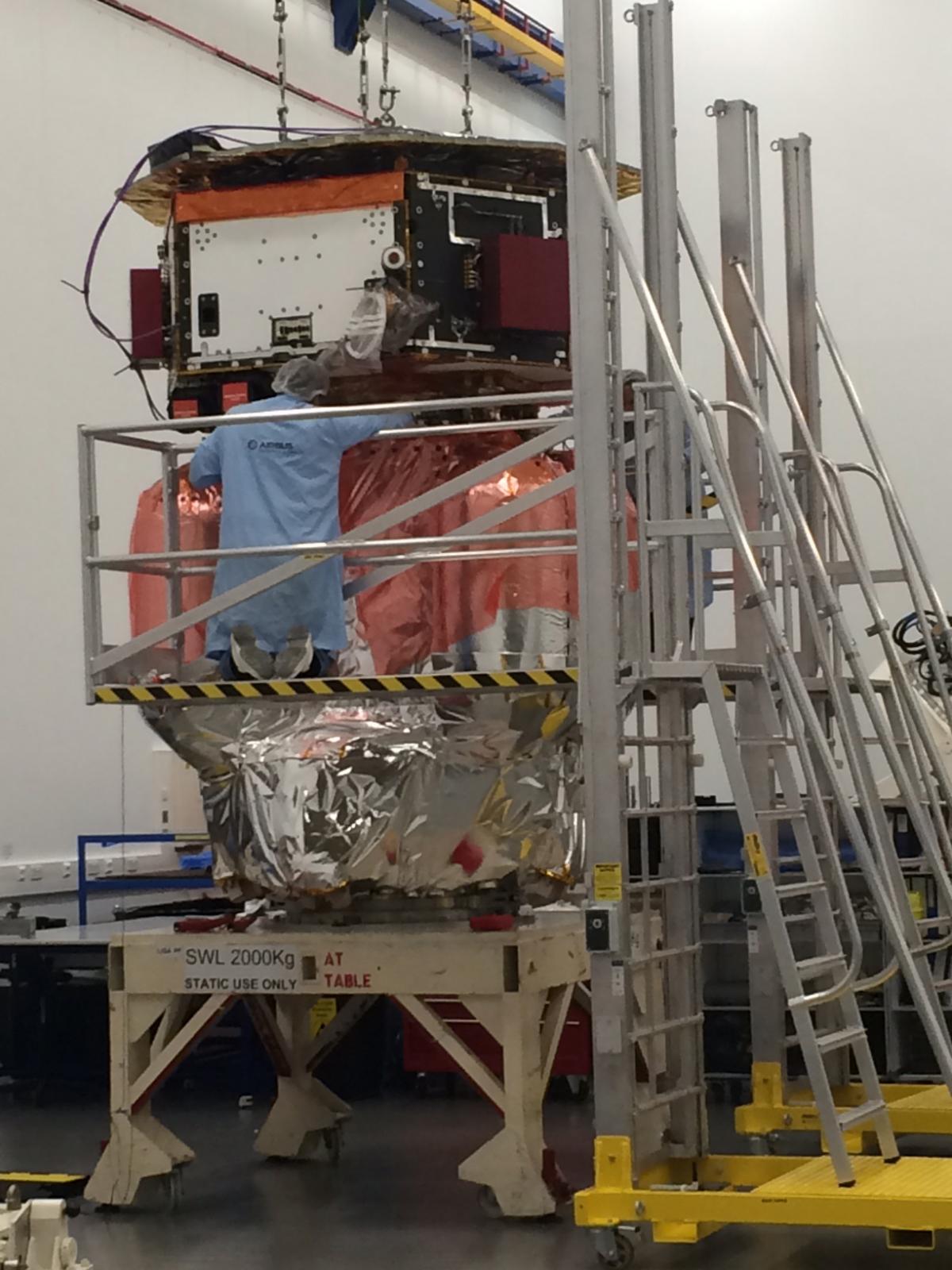 The LPF spacecraft being assembled at Astrium UK on 27. February 2015.

At Airbus in Stevenage (UK) the LISA Pathfinder satellite science and propulsion modules were joined in preparation for the launch. The assembled spacecraft is now on it's way to IABG in Ottobrunn, Germany, where it is due to arrive in early March.