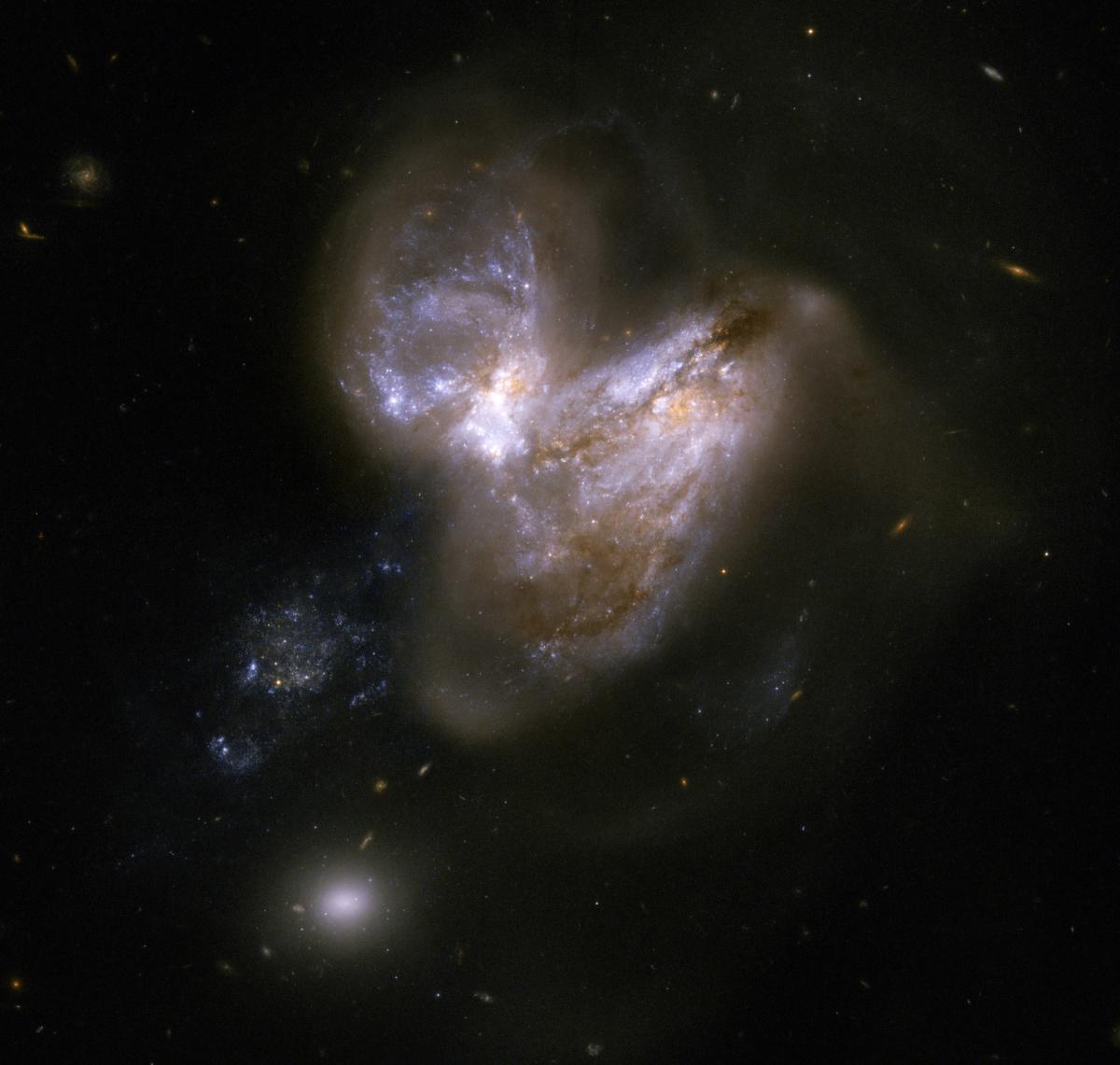 Arp 299 (also known as IC 694 and NGC 3690) is a pair of colliding galaxies approximately 134 million light-years away in the constellation Ursa Major. Both of the galaxies involved in the collision are barred irregular galaxies.

The detection in both spectra of a hard X-ray emission and of a strong line-like structure in the 6.4-6.7 keV energy range seems to suggest the presence of an AGN in both nuclei. This would be the second discovery of two AGNs in a merging system after NGC 6240 (credit by L. Ballo et al. ApJ, 600, 634, 2004).