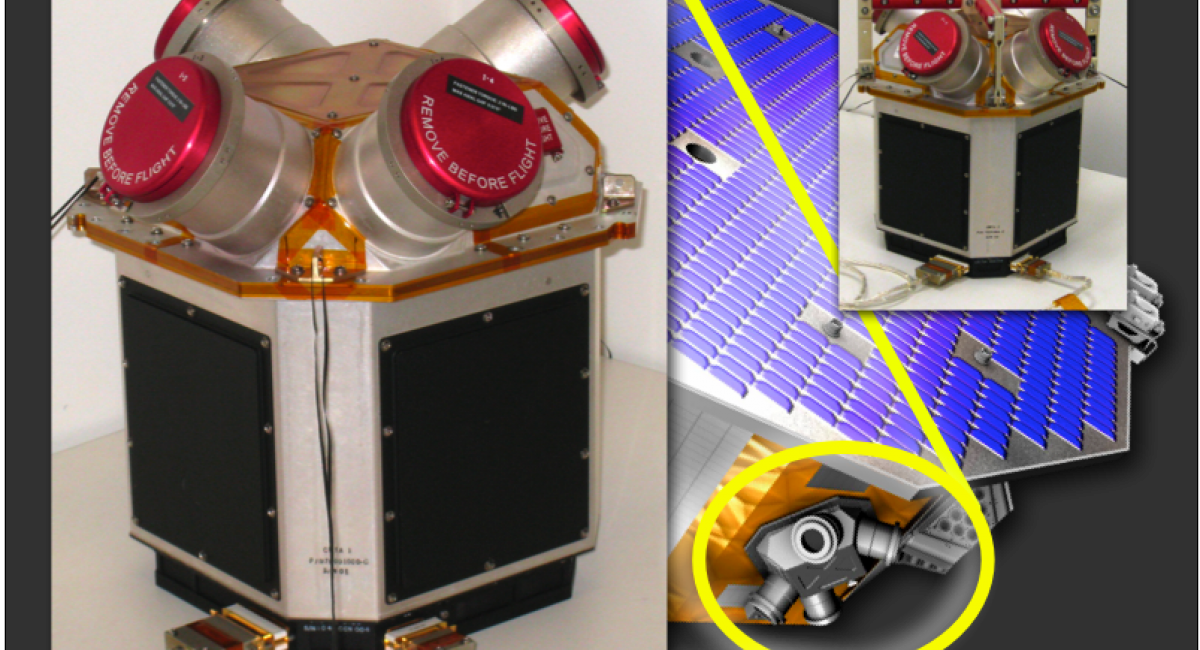 Achieving drag-free flight of the LTP test masses requires precise control of the surrounding spacecraft. Thrust levels of a few millionths of a Newton (about the weight of a fruit-fly on Earth) are needed to control a spacecraft with a mass of several hundred kilograms. NASA’s Jet Propulsion Laboratory (JPL) has developed and tested a Colloidal Micro-Newton Thruster (CMNT) that generates thrust by charging small drops of liquid and accelerating them through an electric field. The ST7 payload contains two clusters with four CMNTs each.