The performance of the flight hardware

Testing the OMS in on-orbit conditions 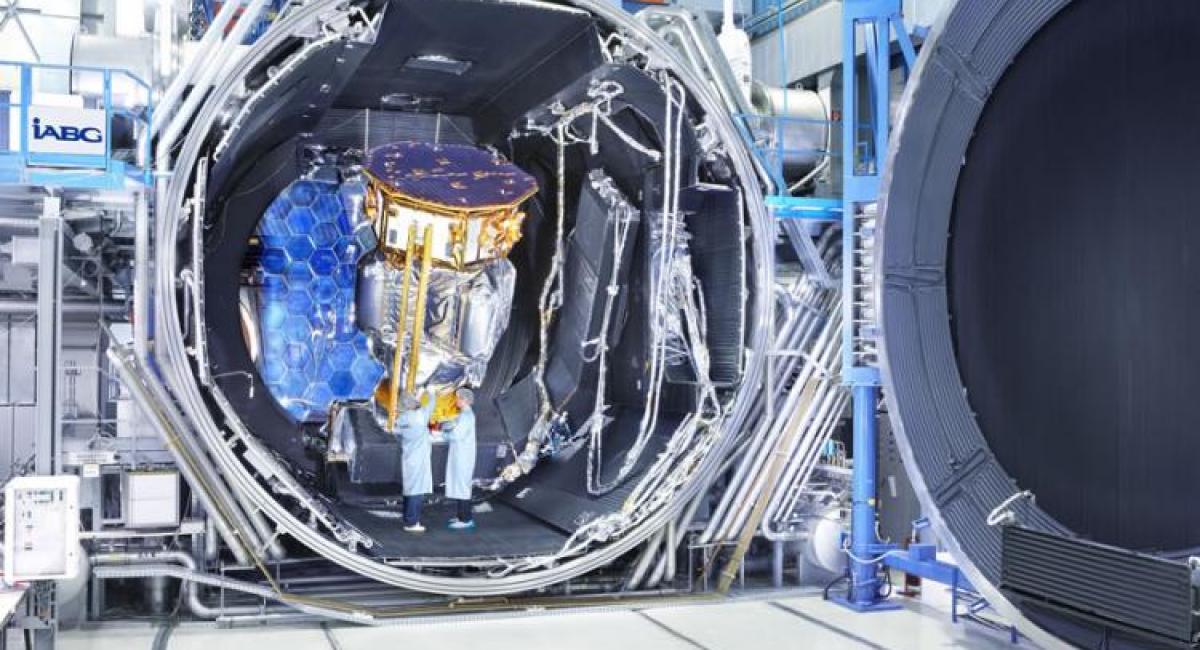 The flight optical metrology system performs even better than expected

As part of the testing and development, the LPF satellite, complete with a Thermal Optical Qualification Model (TOQM) of the LTP Core Assembly (including the flight optical bench) and with the LTP flight electronic units, recently was subjected to an On-Station Thermal Test (OSTT). The campaign was led and conducted by the Prime Contractor (Astrium Ltd UK) in order to verify the thermal behavior of the science spacecraft (Science Module), its subsystems, and units, and in order to prove the functionality and performance of the spacecraft thermal control system. 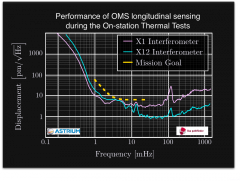 As the OSTT test cases provided an environment representative of the expected in-orbit conditions for the operation of the OMS, the opportunity was taken by Astrium GmbH (Germany) to conduct an intensive end-to-end testing of the OMS performance under realistic operating conditions. In the plot above we see the performance of the two longitudinal interferometers, easily meeting the demanding system requirements. 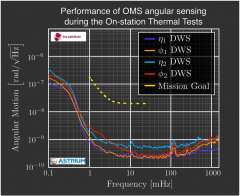 In addition to the longitudinal interferometric measurements, by utilising the phase information gained from the use of quadrant photodiodes, the interferometers can also measure the test mass attitude to very high precision. The plot above shows the performance of the interferometer outputs which measure test mass attitudes. In this case the measurements demonstrate a performance of the system well in excess of that required.