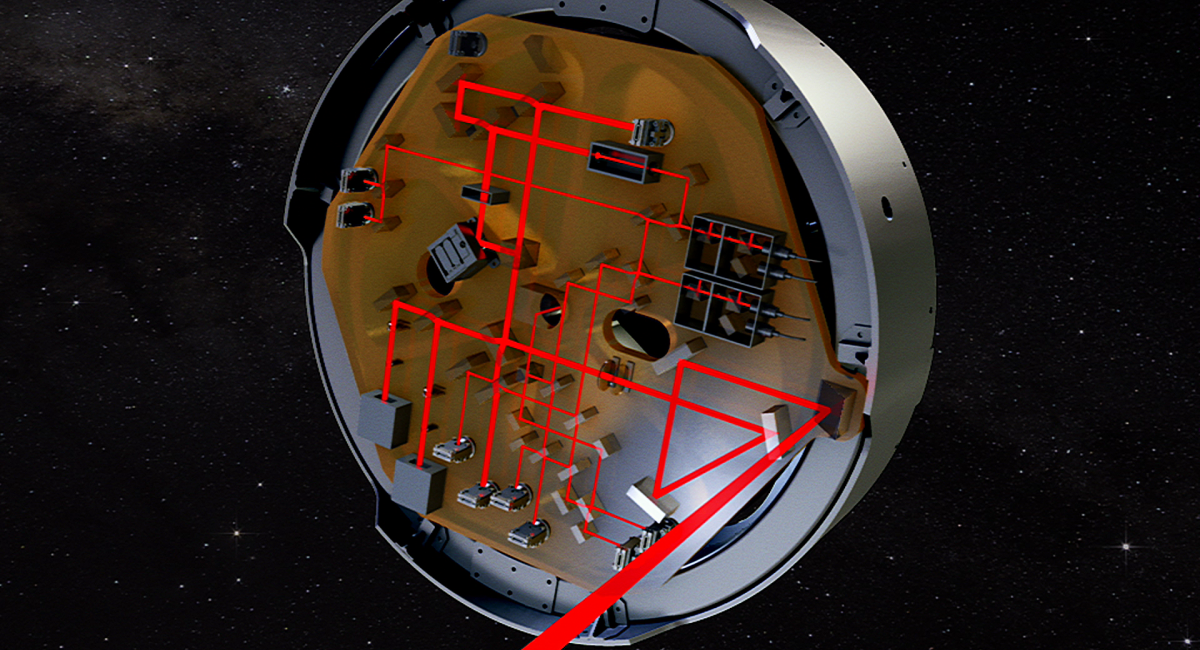 Three spacecraft flying freely in space will oscillate together and apart by tiny amounts as a gravitational wave passes by. LISA will look for ripples with periods of a few minutes to a few hours. The expected distance changes are tiny, a few parts in 1021 or 1022 of the separation of the spacecraft.

A suitable instrument for measuring gravitational waves over a broad band of low frequencies is a laser interferometer with an arm length as large as possible and long integration times, the primary impetus for a space-borne detector. Hence LISA can be thought of basically as a high precision Michelson interferometer in space with an arm length of 2.5 million km. The arm length has been carefully chosen to allow observation of most of the interesting sources of gravitational waves.

LISA will consist of three spacecraft in Earth-like orbits around the Sun. They will fly 2.5 million kilometers apart in an equilateral triangle formation. The spacecraft will maintain their triangular formation even though they are in separate orbits around the Sun. The changing orientation of the triangle through one orbit will allow observers to determine the direction of gravitational wave sources.